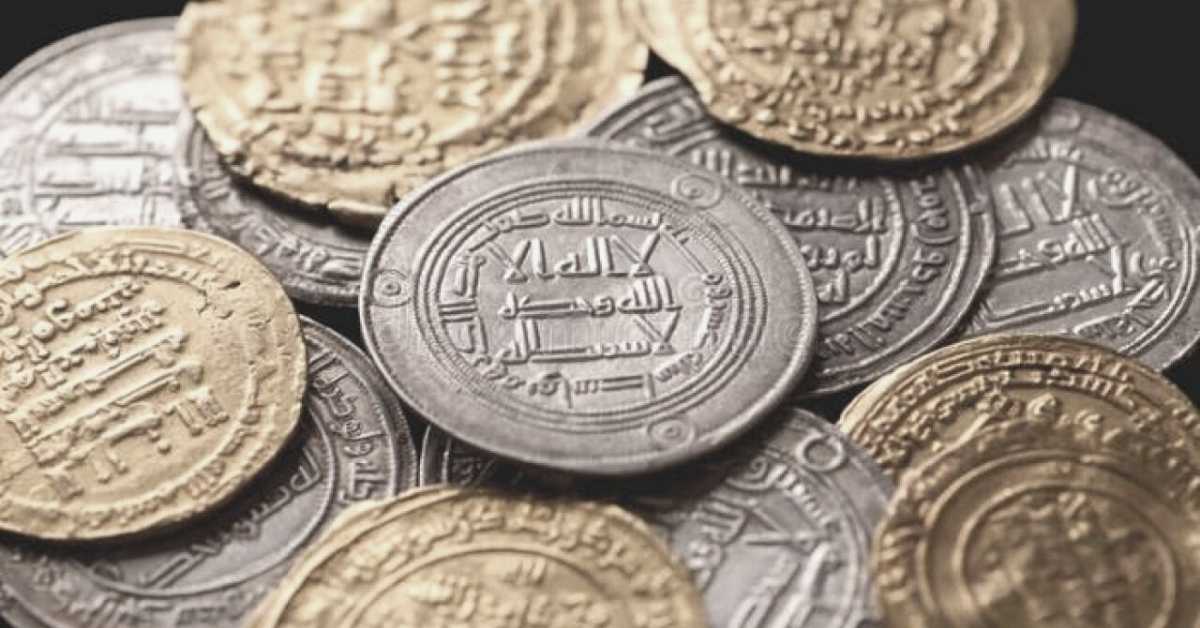 The Fiqh of Transitioning to the Gold & Silver Standard

The following are answers to several questions related to the future Dar Ul Islam state and the transition of the current currency to the Gold and Silver Standard.

For the state to issue a gold and silver based currency it will have to depend on the availability of these metals in its treasuries. In addition to this the state will also have to attain the available gold and silver from the merchants, goldsmiths and the general population apart from attempting to extract the metal from the earth.

And in the situation if it does not has the necessary amount of gold and silver so as to be able to replace the existing currency completely then the state will look at mechanisms to attain the gold and silver from outside the state.

However, considering the reality that we live in today and because of the very limited gold and silver reserves maintained by treasuries and the proliferation of fiat currency, it is very likely that the state will not be able to find the necessary amounts of gold and silver to issue enough currency which can replace the existing currency in any state.

The unavailability of the necessary amount of gold and silver to issue currency is similar to the well-researched and discussed subject among the scholars, which is called ‘انقطاع النقد’ among the scholars which is the reality when a currency runs out in a marketplace.

This is a reality that often occurred in the Muslim market places where people would deal with metallic currencies such as the dirhams and dinars and fils and so on, and many a times a person would make a trade deal only to find that the currency has run out at the time of payment. The scholars discussed about this in detail and especially the ahnaaf who mentioned that in such a situation, the ‘قيمة’ is still applicable i.e the value is still payable as was agreed upon and it remains a debt.

Note that the term ‘value’ here is different to the price. So the price may have been agreed as 10 dirhams for a certain product, and the dirhams were no more available in the market at the time of payment, then the buyer pays the value of the 10 dirhams in another currency and this will be calculated based on the rate of exchange between this currency and the dirham on the last day before the dirham ran out in the market.

Ibn Abidin writes in his Hashiya –

“if the currency is not available then the value applies on him in gold or silver i.e in debts and contracts as was the rate of exchange on the last day when the currency ran out”

The illah (legal reason) that relates the two realities is the loss of the currency’s value due to a cause and the people’s dependency on conducting transactions on it.

Therefore, in the reality that the Dar ul Islam was not to be able to exchange peoples existing currency with a gold backed currency, it can still issue the currency to them which will be considered a debt on the state. This currency that the state will issue will be similar to a cheque or a bond that the state has to return, and this has been discussed in the books of fiqh as ‘qutoot’ which is a currency issued by the state in the form of a debt.

The evidence to issue Sukook or Qutoot is found in the hadith of Bukhari,

Narrated Al-Miswar bin Makhrama and Marwan:When the delegates of the tribe of Hawazin came to the Prophet (ﷺ) he stood up amongst the people, Glorified and Praised Allah as He deserved, and said, “Then after: Your brethren have come to you with repentance and I see it logical to return to them their captives; so whoever amongst you likes to do that as a favor, then he can do it, and whoever of you like to stick to his share till we give him his right from the very first Fai (war booty) (1) which Allah will bestow on us, then (he can do so).” The people replied, “We do that (to return the captives) willingly as a favor for your sake.” [Bukhari]

In another hadith narrated by Abu Dawud

Return to them (Hawazin) their women and their sons. If any of you withholds anything from this booty, we have six camels for him from the first booty which Allah gives us. [AbuDawud]

There are other evidences to prove that the prophet would borrow from the people in his capacity as the head of the state, and he had appointed bilal ibn Rabbah (ra) to undertake this responsibility of raising debt for spending on the people.

These Sukook/Qutoot is acceptable to be sold and purchased. Ibn Shaibah narrated in his Musannaf under the chapter of ‘sale of Sukook arrizq’ that Umar bin Al khattab and Zaid accepted the sale of Qutoot and they and applied the rules of money on them.

In short, the state will make all attempts to avail the necessary amounts of gold and silver to be able to issue the currency and wherever the state falls short it will issue the currency in the form of ‘sanadaat – cheques/bonds’, and in this case the amount of gold/silver equivalent to the currency will be a debt on the state.

If not, can experts estimate what parity the market would likely reach in the future based on the scarcity of gold within the country and the current demand for money, sort its reserves based on this figure, without informing the public – and when transition comes (the conversion rate should be similar to what the experts estimated) the state would simply adopt this figure as the true value so as to enable a smooth transition? In doing this it would not fix the parity but estimate what it would settle at in the future so that it can expand its reserves in the meantime.

The state when it is established will bring about a new economic regime after ending the existing capitalist regime. The state will have to define the exchange value of the dinar compared to the goods and services. And the shari way to do that would be to not give the dinar any additional value other than what the market has given it, i.e its price in gold and silver. For eg, the price of 4.25 grams of pure gold was equivalent to ‘x’ kg of a vital good. In this way the state would have not only set the exchange rates for the new currency and the goods and services but also the exchange rates of the new currency with the demonetized currency.

In short, the value of the demonetized currency will be defined based on its value in the market by comparison to the goods and services that could be purchased with this currency.

Based on this assessment of value at the time of demonetization, the new currency’s exchange rate will be defined.

As for the hadith that price fixing is prohibited in Islam and that the prophet did not fix the prices of gold and silver, it is true and the principle is that the state does not fix prices. However, there is a difference between the two realities, i.e the reality of the prophet and the reality of the upcoming state. When he (saw) came to Makkah, the dirham and dinar were already being circulated so he did not undertake any changes but rather accepted what was already the situation. However, the state upon its establishment will encounter a new reality which is the responsibility to replace the existing currency with a gold/silver-backed currency, so it will have to fix a rate of exchange and thereafter leave the matter to the market.

This is something the state will have to undertake so as to avoid chaos and confusion among the people , so it is not considered as ‘price fixing’ rather, it is considered from the aspects of ‘riayah – care’ of the people.

Upon the establishment of the first Islamic state, the prophet (saw) encouraged the people of Madina to contribute to the building the bayt al Maal and there are many ahadith that discuss about the sahaba’s sacrifices.

In a similar way, the future Dar Ul Islam will encourage people to contribute their gold and silver items to the state, and the state will also buy these metals from the people in return of lands that the state owns or in return of bonds to return the metal upon availability in the future.

However, the state cannot compel or force the general population rather it can only encourage them except for those who the state finds are hoarding gold and silver, in which case the hukm of hoarding would apply on them. 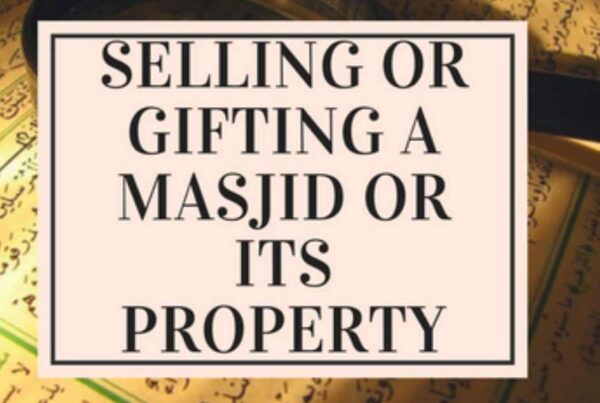 Selling a masjid property or giving it away after it has been abandoned or forcefully vacated.

Question: What is the hukm of Sellling a masjid or giving away a masjid After it has been abandoned. What about the reality when the masjid is vacated forcefully by a the… 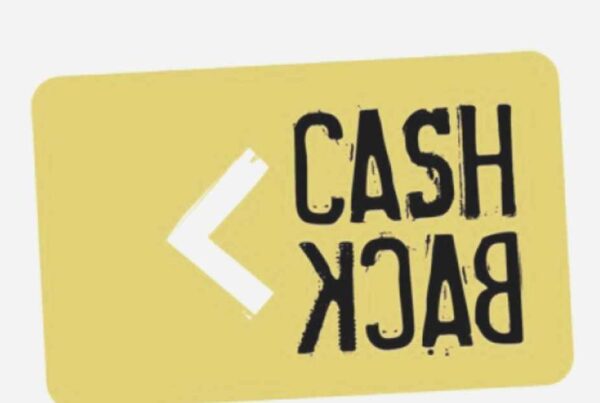 Hukm on recieving ‘cashback’ from electronic wallets or payment wallets

Answer to a Question on recieving discounts and cashback from digital/mobile wallets Question: What is the rule on receiving ‘cashback’ from electronic wallets or payment… 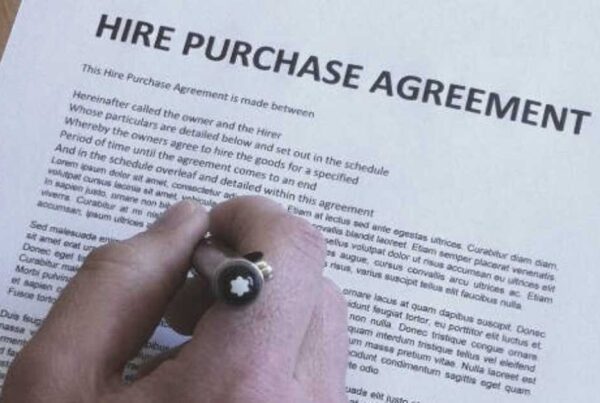 Question: There is a contract here to purchase a car where you pay in installments and then after say 3 years you have the option…